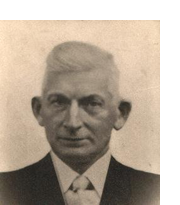 Meo Voto was founded in 1921 by Pieter Vriend.In 1956 a new warehouse was built on the present location. Unfortunately, Pieter Vriend has never seen the final result because he past away before it was finished. His youngest son Hendrik carried on the company and expanded it to an international seed company in vegetable seeds. In 1990 Hendrik retired and sold the company to his kids and son-in-law.The present board of directors.

Meo Voto Seeds Ltd is an international seed company specialized in varieties such as: onion, carrot, cauliflower and sweetcorn seeds. The breeding of these seeds takes place in Andijk.

For seed growing, Meo Voto has her own seed growing companies in Hungary, Italy,France and in the USA. As Meo Voto is a major distributor to the industry, we expanded our range of products as well as the processing and handling of the seeds in the last couple of years.

The environment and good seed treatment methods are important for users as well as suppliers. This is were Meo Voto has put the stress in the last couple of years.
A good product with good processing give the best results. And this is what Meo Voto stands for.

The name Meo Voto (my wish) originated in 1932 as the name for the new house of founder Pieter Vriend. In those days he suffered from wrongly delivered mail because a lot of people's last name was "Vriend".

After naming his house Meo Voto it didn't take long before his nickname became" Pieter Vriend of Meo Voto". He didn't mind, he no longer suffered from wrongly delivered mail.

In 1956 Hendrik Vriend started using the name for the company with later the now known trademark in which the name Meo Voto can be read.